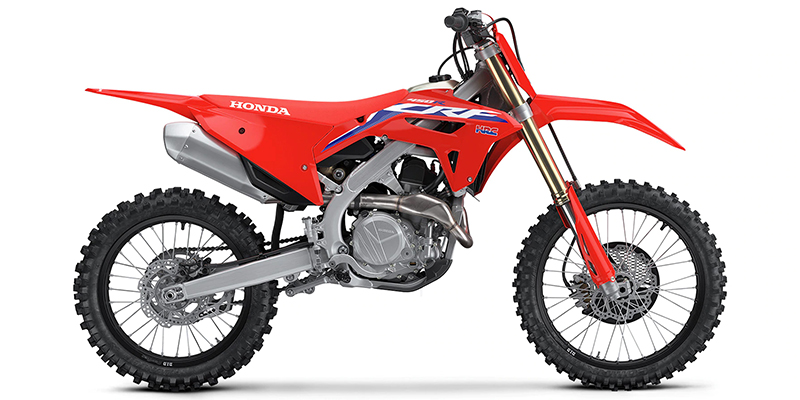 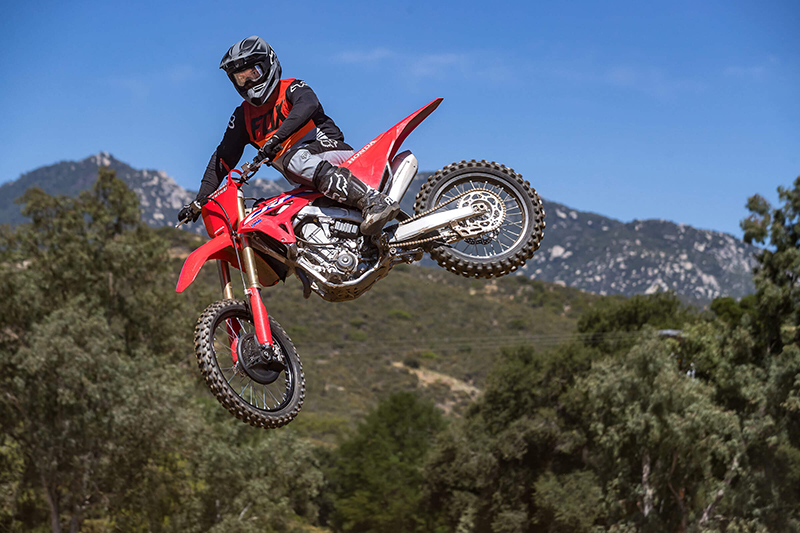 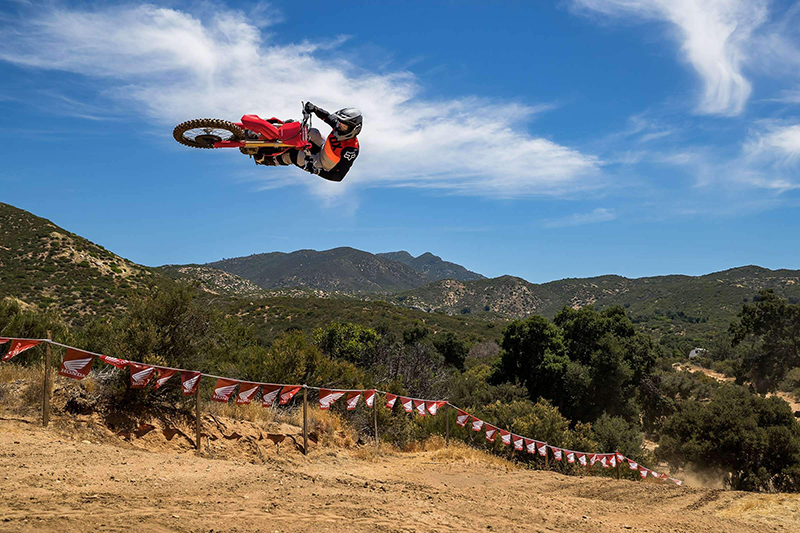 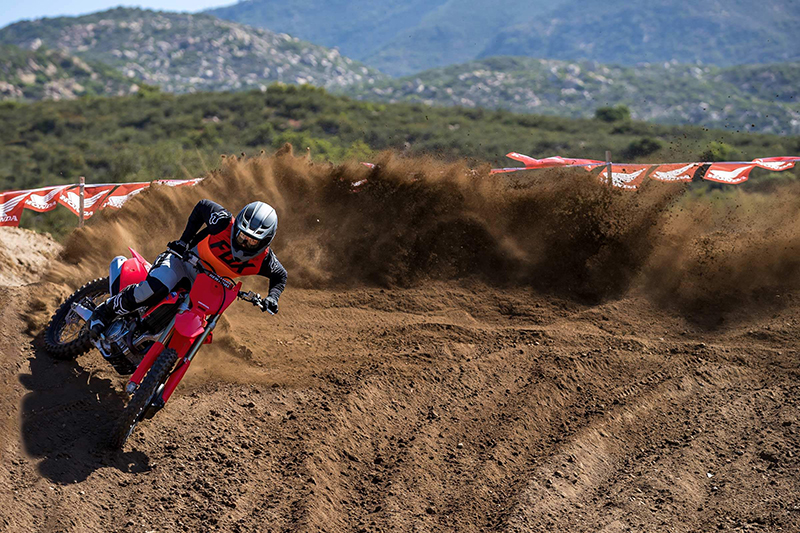 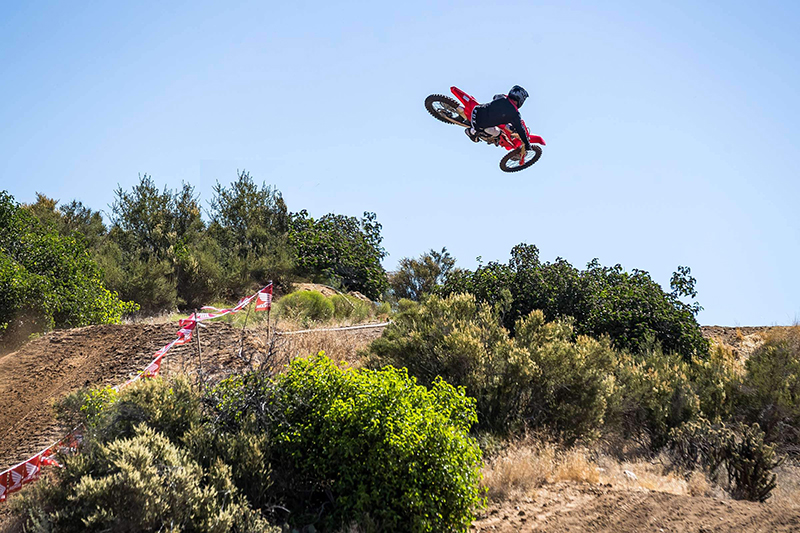 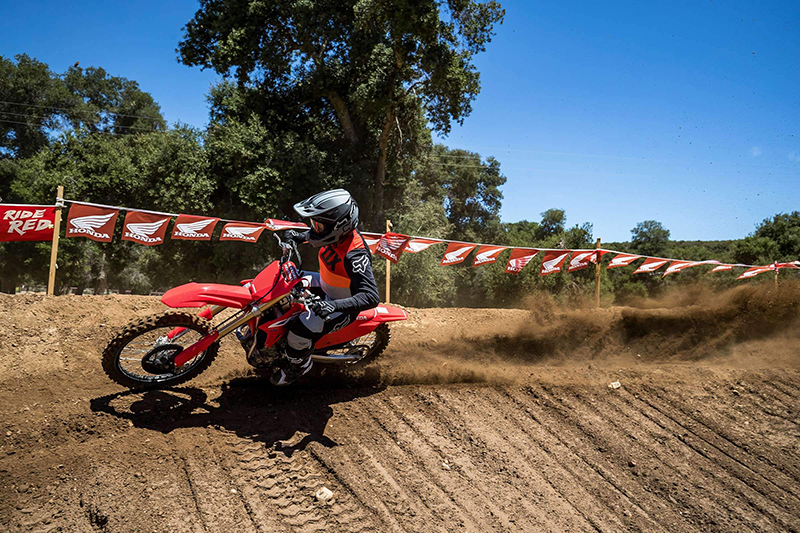 THE REDESIGNED 2021 CRF450R
LIGHTER, NARROWER FRAME
Great handling starts with a superior frame, and we’ve made some big changes to our 2021 CRF450R’s chassis. First, it’s lighter—over a pound and a half lighter. By making the frame’s main spars narrower, we saved weight, but more important we made the chassis more responsive by reducing lateral rigidity 20 percent. The result is a bike that gets into, around, and out of corners faster.

NEW AIRBOX AND FILTER
Along with the new air filter, the airbox shape helps deliver more torque. You can access the airbox through the left number plate. And  because the new filter has no rubber gasket where it interfaces with the intake boot, cleaning and servicing the filter is faster and less messy than ever.